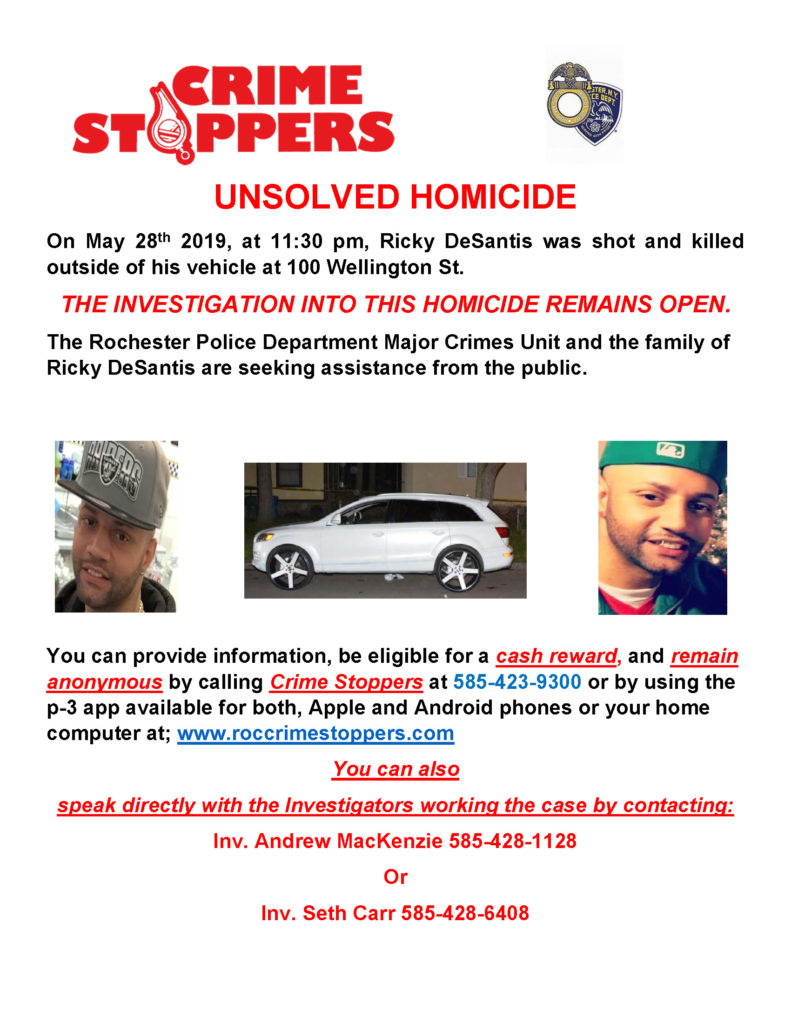 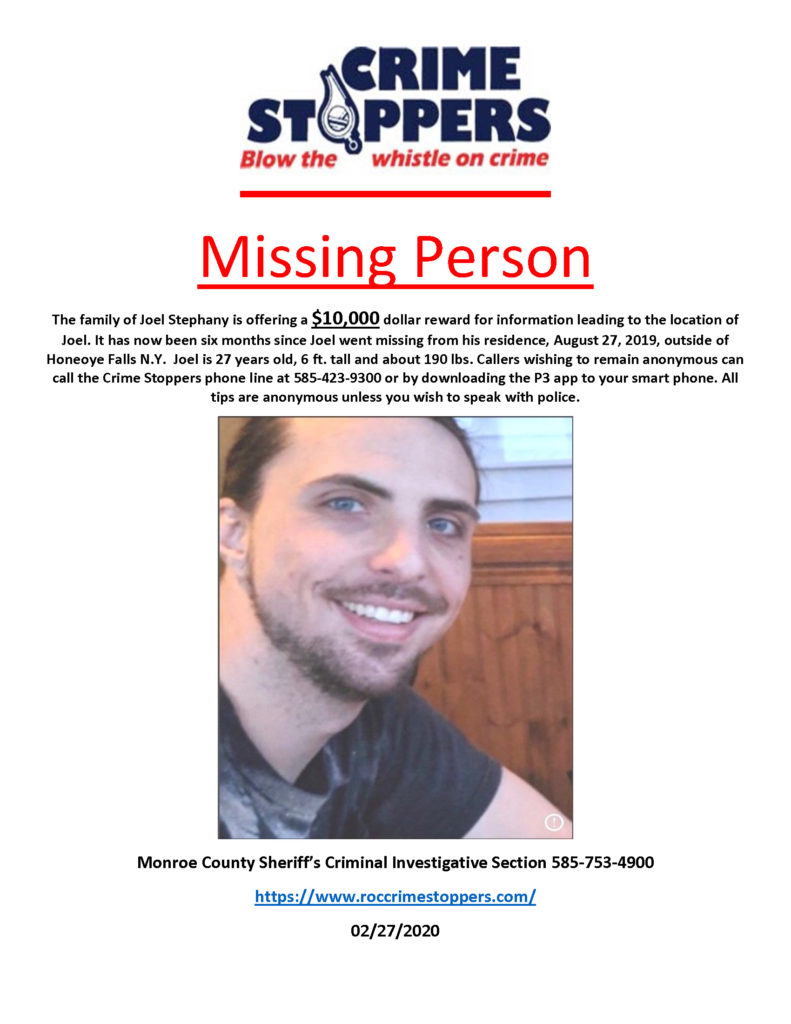 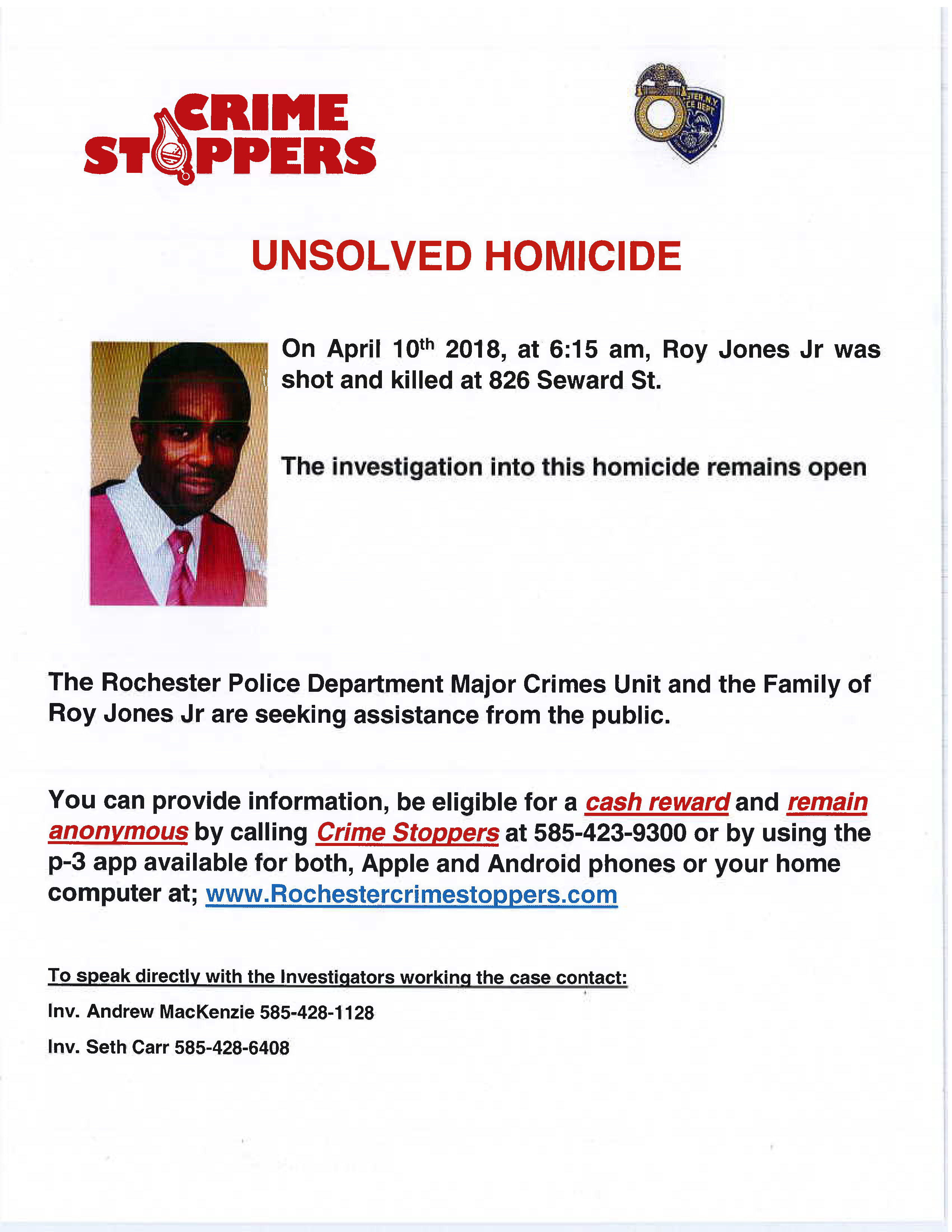 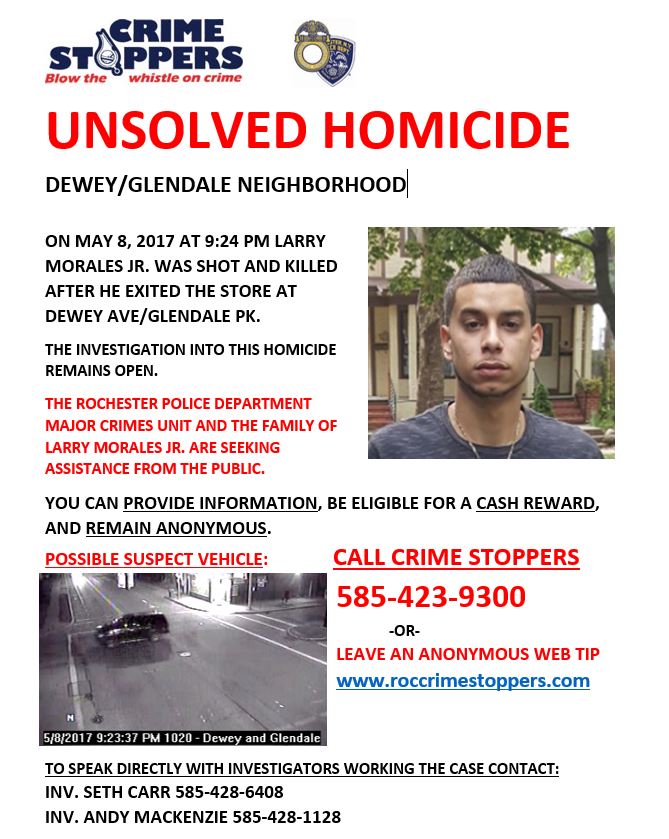 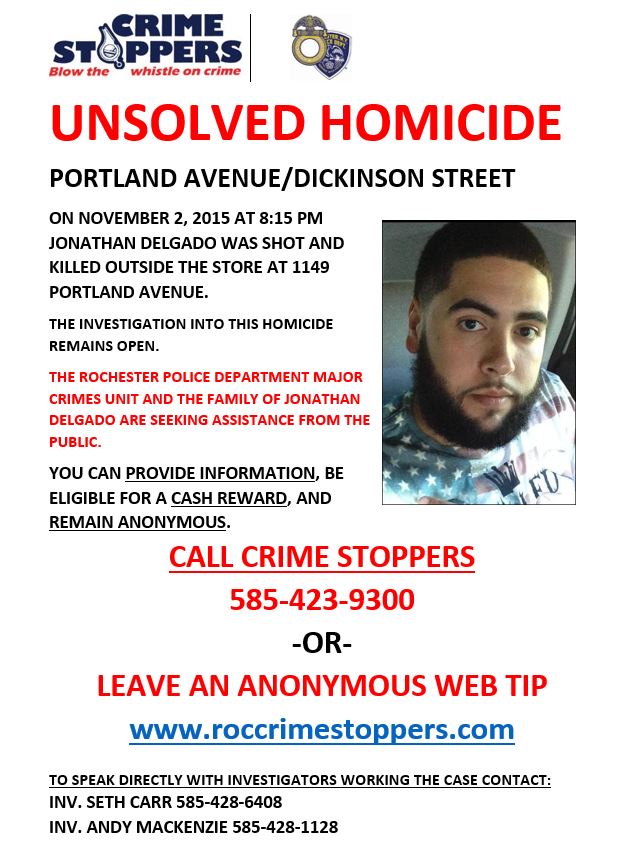 Hit & Run of Ciro Colletta on February 25, 2017 at the intersection of Bay & Rohr Streets

On February 25th, 2017 Ciro Colletta was struck and killed in a hit and run accident in the area of Bay St and Rohr St. The Rochester Police Department is currently seeking information leading to the identification and arrest of the driver of the striking vehicle.

The events of the 25th were devastating for the family and many friends that Ciro left behind. They are asking for any help from the community and are offering a generous reward for information leading to the arrest of the person responsible. This reward is in addition to a possible reward from Crime Stoppers. 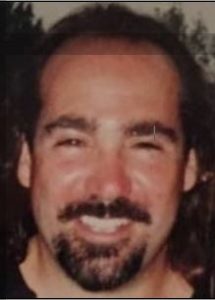 If you have any information please contact Rochester Crime Stoppers at 585-423-9300. 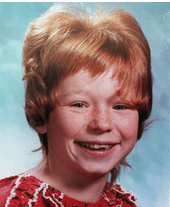 On Tuesday, the State Police sent out an advisory, asking the public for any information about the April 1973 killing of Wanda Lee Walkowicz.

Walkowicz was one of three young homicide victims whose first and last name began with the same letters . The others were Carmen Colon, killed in 1971, and Michelle Maenza, who was also killed in 1973.

All three were strangled.

The homicides were dubbed the “Double Initial murders” or “Alphabet murders.”

In its request for leads in the Walkowicz homicide, the State Police noted: “On April 2, 1973, at about 5:15 p.m., Wanda Lee Walkowicz, 11, of Avenue D, Rochester, was sent to the corner grocery store by her mother. Wanda Lee made it to the store, purchased several items but never made it home. Walkowicz was last seen walking home from the store.
“On April 3, 1973, at approximately 10:15 a.m. State Police located Wanda Lee’s body at a rest area off of State Route 104 in Webster, New York.

“An autopsy revealed the victim had been strangled with a ligature, and also sexually assaulted.”

If anyone has information, he or she is asked to contact Rochester Area Crime Stoppers at 423-9300. You may be eligible for a reward. You can also call the State Police Troop E Headquarters direct at (585) 398-4100.